There are certain expectations that go along with being a man. Most I fulfill with ease. However, where home improvement is concerned, I definitely fall short of the mark.

Most men yearn to build, or at least remodel. There’s something about tools that awakens the primal urges buried deep within our DNA. All of us have experienced the sensuous power of the drill, or the circular saw. For men, standing in front of a fully stocked tool chest is like standing before the gates of Heaven. “I am Man; Watch me Build.”

Traditionally, sons learn from their fathers. This is accomplished by the father hijacking a perfectly good Saturday, and putting the son to work. I was raised by a father who hired repairmen. About the only thing I ever did that even qualified as home improvement was change the furnace filter. So while my contemporaries labored and learned alongside their fathers, I coasted blithely through my life, content to watch my Dad hire contractors and service people.

The Culture of Fear* 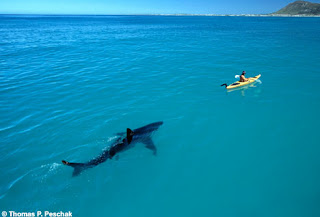 Sometimes, you're better off not knowing.
Photo by Thomas P. Peschak.

*Johnstown Tribune-Democrat, May 16, 2010
as "Sane Days and Peaceful Nights"

Last summer over Labor Day, our family went to Washington D.C. to take in the sites. It was warm and humid and we eagerly sought the cool air inside the Smithsonian Natural History Museum. The Smithsonian, or “America’s Attic,” is home to a seemingly infinite number of items, ranging from the historical to the merely curious. In one side gallery dedicated to diamonds, is a heavily fortified clear display case holding the legendary Hope Diamond. This huge 45.5-carat blue gem draws thousands daily, sparkling smugly and seductively behind the thick bullet-proof glass. As people cluster around the case, usually you can hear a woman say wistfully, “Honey, if you really loved me…”

This day was no different. The room was crowded, but despite the close atmosphere, no one seemed to mind. The conversations were muted, the atmosphere was calm.


“Time is passing. Yet, for the United States of America, there will be no forgetting September the 11th. We will remember every rescuer who died in honor. We will remember every family that lives in grief. We will remember the fire and ash, the last phone calls, the funerals of the children. “
“Now, we have inscribed a new memory alongside those others. It’s a memory of tragedy and shock, of loss and mourning. It’s also a memory of bravery and self-sacrifice, and the love that lays down its life for a friend–even a friend whose name it never knew. “
- President George W. Bush, December 11, 2001
These words, spoken by President Bush, will be echoed by many this day. Nine years ago, in the space of 2 hours, the world was changed; our nation was changed; we were changed. 9/11 has become a watershed event in history, defining two separate worlds – the one before, and the one after. On that day, we were ripped from a world of the safe and familiar and plunged into another world; a world of dark uncertainty; a world dominated by shock, pain, horror…and fear. Our senses at first refused to accept the reality of the images transmitted to us, desperately hoping that the disaster unfolding before our eyes was a Hollywood concoction, or perhaps just a bad dream.

For Americans, the attacks were more than the sum total of damage and loss of life. Collectively, our myth of invincibility, our illusion of invulnerability, our delusion of safety was shattered.

But in the midst of that tragic day, a great light emerged. The darkness was dispelled, illuminating this nation from border to border and sea to sea. We, the people of the United States found our unity. For a few brief, precious moments in time, we stood shoulder to shoulder; arm in arm. We spoke with one voice. We felt with one heart.

And the world stood back in awe. 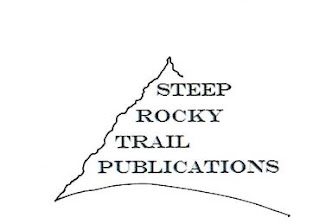